July 16, 2018
Normally, writers get involved in so much writing and thinking. Sometimes it gets to a point when a writer finds him or herself void of ideas or rather his or her imagination is void of creativity. At such times, the writer needs to get some sort of inspiration to proceed with the assignment.  Various writers would take different measures to curb this situation. Whereas writers would differ in dealing with such occurrences, here are the common methods likely to be used by most of them.

Listening to music is one of the common m means most writers use to get inspired back to creativity. Music is an art of poetry that has been beautifully laced with musical instruments. This would inspire in two ways; one, the poetry in music is usually dense and chronologically arranged to give appeal and consolation, not to mention entertainment to the audience. The message is the music content might spark some form of inspiration to the writer. If not, the musical instrumentals would perform the magic. Some writers would prefer to change the writing environment by changing their current location. A writer who had been sitting in the study room all day would prefer to carry his or her writing material to a park and continue the writing in an environment where there is more fresh air and natural surrounding like the trees and singing birds. Exercise is also a major stimulant to body, brain, mind and creativity.  This is why a writer who might have got stuck mid-writing might decide to break off for a few minutes to just stroll around or jog for a while to ease the mind hence refreshing it to regain creativity. Exercise generates sweat so it is authentic that such a writer would take a shower after the exercise and get fresh again.

Meditation is yet another good method that those who have mastered it will take it as their first preference. Meditation, derived from the Latin meditatio, means “ponder”, that is to think or contemplate. This method is believed to help it clearing the mind off all sorts of interruptions but focus on breathing and the heartbeat. Some believe it is a good refresher for re-ignition of the creativity of the mind. Talking freely and using a recorder to capture what you say may reactivate the thinking process if the recording is played again and listened to carefully by writer.

Observation writing is also a remedy to finding inspiration for writing in the event that a writer thinks all topics for writing are over. Observation writing involves taking a walk to a place that has considerable human or natural activity. One could choose to stand at the top of a high-rise building and write about the activities that meet the writer’s eyes. The writer should them write what he or she observes. It might first be put down as sketch work or mere note that would later be used to develop the content of the essay to be written. Listening to people speaking during normal conversation is also a vital tool to reactivate creativity. This could be done by moving yourself to public places, or tuning on the radio or television and tuning on stations with interviews, public discussions or other forms of discussion forums.

Movies are a rich source of ideas to anyone willing to write. Most movies are long and therefore act so perfectly as monotony breakers. It the writer’s brain had clogged due to writing about some subject (be it boring or interesting) movies could come in handy to break the boredom as well as fill the empty void in the brain with valuable creative ideas and clues. Movies are available in uncountable subjects so it is an ideal source inspiration. One is advised to employ the style of free writing to generate creativity when there is no inspiration. Free writing is a style that allows the writer to write anything. It gives the writer the freedom to write anyhow without restriction on any particular topic and adhere to any specific rules. The elimination of restrictions opens all the gates of creativity. It is like living in a world where you do not need a visa or money to travel. How far would you travel? Everywhere I suppose. This is the freedom a writer who has totally run out of ideas direly needs to move the next inch. I want to define books in this context as ideas in text form. Books serve the same purpose as movies and music. They are informative, educative and entertaining. I also want to say that books are the basic source of ideas because all other forms of performing arts are written in books before they are taken to the stage. The writer who consults the books at a time he or she is void of ideas is more likely to get more ideas that the one who opts for other limited sources. Inspirations are spark by brilliant ideas so it is important to be sure of the source of ideas you choose for your inspiration.

Writing about a past event would do a lot of help to a writer willing to get some inspiration. A past event is an actual occurrence that took place. Writing about an event that actually took place in your presence is not as difficult as creative writing. This is because a real event has its progress all registered in the brain chronologically. Writing about this should not be very hard; just like writing in observation writing which was probably recorded by a video camera. This writer will be dealing with history. When he starts deviating from history grafting his story the history, then the intended purpose stands met- the writer’s mind has been span back to action, to creativity. Some writers may take this chance to change their persona. For example, a writer may decide to take the persona of a dog either to launch an onslaught on man who is his master. A male would take a female persona or vice versa. Some writers might even take personas of non-living things. For a writer who decides to choose a mountain, say Mount Kenya for instance would not be subject to criticism.  The readers would understand the writer as the mountain itself speaking to the people.

Other forms of art provide a great source of inspiration to yet other forms of art. For example, a musician attending a spoken word concert would get a lot of inspiration to the extent that he or she would be inspired to write a song about a topic that he or she found touching in the spoken word concert. Writers are not an exception to this. A bored writer would keen enough on a painting to extract some inspiration from it. Depending on what might have caused the writer to get to the quagmire, even an abstract painting, however difficult to comprehend would ignite millions of creative buds that would eventually generate a colossal of inspirational ideas. In some instances, watching children play normally would inspiration writing just like any other art.

Beginners who wish to pursue a carrier in writing should consider first to choose their topic correctly, choose topics you can handle best, plan your work before starting, write your work with fluency, accuracy and creativity. Do not forget to proofread your work after finishing in order to take care of punctuations, grammar, logic and flow.

In an interview with a renowned American writer, James Salter, he reveals that he gets his inspiration from travelling. He believes that travelling helps him view things from a different perspective. “There is no situation like the open road and seeing things completely afresh,’’ he stated. 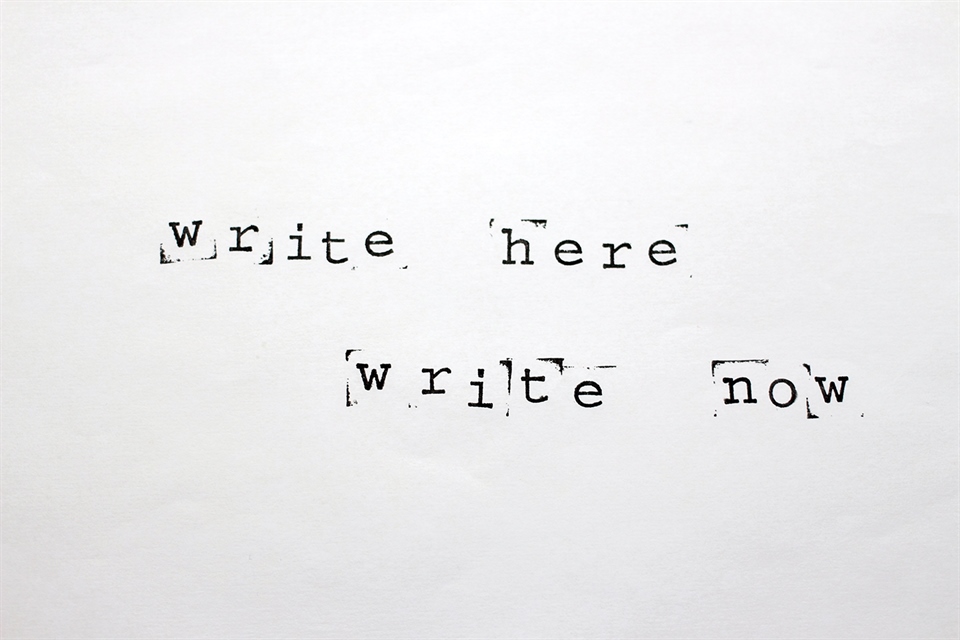